A year at the cinema best of. 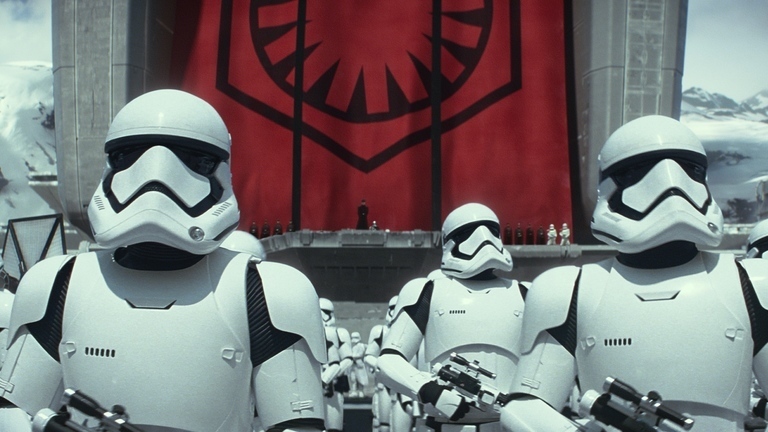 In times of crisis society often looks to the past for comfort – or so say people who are a lot smarter than me, however from my own observations recently that saying seems to ring true. Many times throughout the year I left the cinema feeling nostalgic. Mad Max Fury Road and Jurassic World were two I can remember, but the most nostalgic I felt was this week’s film Stars Wars: The Force Awakens.

This is seventh of the Star Wars franchise but the first for Disney who paid the handsome sum of 4 billion dollars for the rights (they expect to make 3 billion on the first film). With such an investment comes massive risk but interestingly the suits at Disney took the bold step of actually letting the director make the film he wanted to make. JJ Abrams said in an interview that he had the final cut, a rarity in big budget contemporary Hollywood cinema.

Star Wars: The Force Awakens is an exciting film that ticks all the boxes, action, adventure, nostalgia and the plot does pack a punch. With such buzz around this it will be interesting to see if the next edition will keep the momentum going. For now though this is a film for all ages with something for everyone, but especially for my generation.
Posted by Unknown at 08:22 No comments:

Week 49: The Night Before

Well look we had to go and see a Christmas film considering the festive season is upon us and before the end of year round up it seemed appropriate to see the (mostly) reliable Seth Rogan/Joseph Gordon Levitt/Evan Goldberg comedic cluster (is a group of comedians known as a ‘cluster’?)
The film follows Ethan (Joseph Gordon Levitt) who lost his parents tragically one Christmas Eve. Every Christmas Eve since the tragedy he and his gang of trusty buds Isaac (Seth Rogen) and Chris (Anthony Mackie) go out of their way to have a fun filled night (cue various drug/booze/pop culture references). This year life has (inevitably) moved forwards and the buddies decide that this will be their last Christmas Eve of insane partying…….and so begins the search for the biggest party of the yuletide, the inimitable ‘Nutcracka Ball’
The search provides many laughs along the way and watch out for a lot of celebrity cameos.
‘The Night Before’ is also helped along by the fact that there is undeniable chemistry between the Rogen/Gordon Levitt and Mackie and where it works (in my humble opinion) is that the laughs are fairly constant even the obligatory ‘cheesey’ moments are still pretty funny.
So if you haven’t had enough of Christmas yet and can manage to extract your face from the fridge I suggest you head to the cinema to see this…..or you could just leave your face in the fridge and wait to catch it next Christmas…..THE CHOICE IS YOURS!
Posted by Unknown at 08:17 No comments: Carol is the story of Carol Aird (Cate Blanchett) a privileged housewife in 1950’s New York, the woman who appears to have everything, except she is desperately unhappy until she meets a young shop girl named Therese (Rooney Mara) and from this point both their lives are turned upside down.
As usual I don’t want to say too much about the actual storyline as I feel even trailers these days give us too much information on the film, in some cases you don’t even need to go to see the film if you have seen the trailer (I HATE THAT). Instead I shall try to impart the exquisiteness of this film through my own words.
Without a doubt this is surely an Oscar contender and whilst the subtlety of this film might not be for everyone I, for one found it to be refreshing amidst the all out brashness we sometimes encounter on our cinema shindigs.


Todd Haynes the director really has made a brilliant film, the subtle quiet scenes, slow building and full of sexual tension are just perfect and it is visually beautiful.
Last, but of course not least once again the consistently brilliant Cate Blanchett is shining strong throughout, her performance might be one of her best she is simply outstanding.
A nod must also be given to Rooney Mara who is also brilliant giving a beautifully restrained performance, surely the performance of her career so far.


Many people will view this film under the LGBT banner but it is so much more than that, it’s a film about love on a very human level, the part it plays in all our lives no matter what our sexuality.
In closing go and see this tender, beautiful film that knocks the socks of Brooklyn in terms of true romance.
Posted by Unknown at 10:04 No comments:

Stephen Spielberg’s filmography has a temporal theme running through it. From a futuristic perspective he has made Minority Report (2002) and A.I. Artificial Intelligence (2001). However I would argue his preferred direction is back in time, he has brought to our screens the political and social landscape of  many an epoch. Including the emancipation of slaves in America with Lincoln (2012) the harshness of the WW2 with Saving Private Ryan (1998) the holocaust with Schindler's List (1993). His next film is rumoured to be Montezuma an Aztecs based film.


His latest historical release is the espionage thriller Bridge of Spies which deals with the Cold War.  Comparable to the latter two films I mentioned, Bridge of Spies deals with a true story from that time. It is the story of a New York lawyer James Donovan, who is played by Spielberg collaborator Tom Hanks (the 4th film they’ve done together), who begins as a defender to an accused Russian Spy but ends up recruited by a CIA operative to negotiate the release of American pilot in East Berlin, you see where its going.


Spielberg captures the historical epoch he often deals with perfectly, whether  its WW2 battlefields or the concentration camps of the Nazis, the production design is flawless and he transports and immerses the viewer in that time. Bridge of Spies does not disappoint, you really get a sense of Germany post World War and at the height of the Cold one.

There is no denying that Spielberg is a master story teller and when he collaborates with the Coen Brothers, who helped out with the script for this, the result is an impeccable film. While there might be a touch of “American exceptionalism” with it (Tom Hanks is certainly the ultimate good guy) this is a brilliant film that is worth seeing.
Posted by Unknown at 09:04 No comments:

This week we were lucky enough to get to a special preview screening of the film Sisters starring comedy duo Tina Fey and Amy Poehler at the IMC in Galway, all proceeds of the tickets went to the Marie Keating Foundation.
I have long been a fan of both Poehler and Fey but particularly Tina Fey as ‘30 Rock’ is one of my favourite comedy series of all times (seriously it’s all on Netflix - if you have not seen it treat yourself) so I was looking forward to an evening filled with chuckles and I was not disappointed.
Tina Fey and Amy Poehler play the Ellis sisters, two very different characters Maura (Poehler) being the straight laced goody two shoes and Kate (Fey) the wild child. They are both disgusted when their parents decide to sell the family home in order to move into a smaller retirement village. As the sisters clean out their room they decide it would be only right to have one last legendary party in the house where they grew up.
We have not been to that many comedies over the past year as we tend to find most comedies out there are not great but this is definitely worth going to see and there are several ‘laugh out loud moments’. I would have to rank it funnier than Amy Schumers ‘Train wreck’ which I did think was also pretty good.
Poehler and Fey are two great comic actress’ and there is a nice cameo from the wrestler John Cena (FILM FACT who was actually also in Train Wreck!) and watch out for a very funny scene involving a ballerina.
There is the obligatory morsel of cheese but being a cheese lover I did not mind this. If you want a nice pre christmas giggle with your friends get yourselves down to the cinema when this is released nationwide on 18th December.
Posted by Unknown at 11:19 No comments: 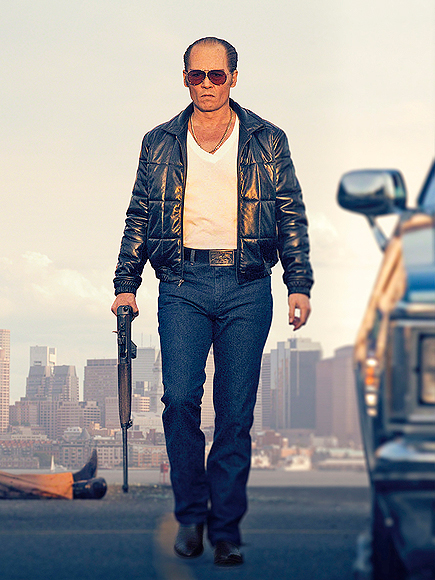 I have been enthusiastically looking forward to Black Mass, the biopic of the notorious Whitey Bulger, since I first heard about it earlier this year. From a cinematic view point, with Scott Copper directing and Johnny Depp in the lead, it definitely evoked my interest. I enjoyed Coppers last two features Crazy Heart (2009) and Out of the Furnace (2013).I was also looking forward to seeing Depp back in a Gangster film after his stand out roles in Donnie Brasco (1997) Blow (2001) and of course Public Enemies (2009) when he played another of America’s most infamous of Gangsters, John Dillinger. From a story stand point it simply doesn’t get as enthralling as the life of James “Whitey” Bulger. However, and maybe it was due to my enthusiasm for its release, but I must admit to being disappointed! Another reason why I found it so weak might have been because I have seen and loved the excellent documentary about Bulger by director Joe Berlinger - Whitey: United States of America v. James J. Bulger (2014). If you want to get informed about the fascinating life of Bulger, and watch a well-made doc at the same time, then that’s the one to watch.

So what is wrong with Black Mass? For me there was no build up, no real development of characters which resulted in me not really caring about any of them. It was over loaded with the usual Gangster genre tropes of beatings and senseless slayings. I could go on, but there are good things about it also it wasn’t all bad. The main performances by Depp and Joel Edgerton who plays John Connelly are strong and to be fair, there are a couple of captivating scenes especially when Depp turns cold, unfortunately though it ends there. Although I wouldn’t really discourage anyone from going to see Black Mass because I am sure there will be people who will relish it. For me however it was just ok.